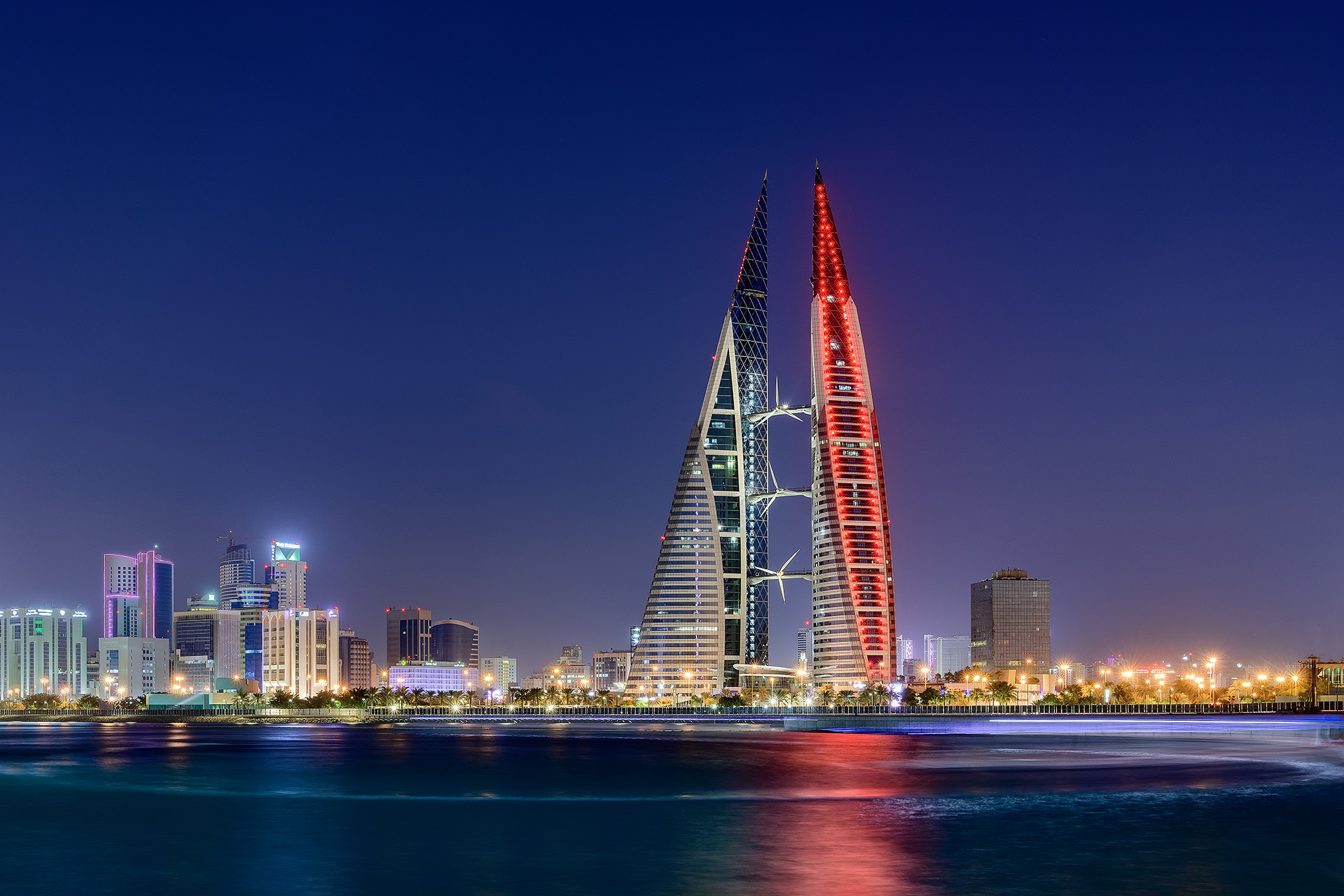 The Bahrain World Trade Center (BWTC) has been awarded the Most Beautifully decorated building at the 11th edition of the National Day Lighting Competition, hosted by the Capital Governorate. The BWTC was lit up in red throughout December in celebration of the Kingdom’s National Day; further, on 16 and 17 December, a bespoke lighting show of the colours of the Bahrain flag was displayed, and as the turbines spun the beautiful light reflected on the towers and across the skyline.

Commenting on the win, Mr. Chris Gibson, Deputy General Manager of Bahrain World Trade Center and MODA Mall, stated: “Inspired by traditional Arabian wind towers, BWTC is a strikingly beautiful building synonymous with Bahrain’s city skyline for the last two decades, hence we were determined to be a part of the Jubilee celebration. Our technical team were inspired and wanted to use the turbines to create something unique for BWTC. We would like to take this opportunity to thank the Capital Governorate for recognizing our efforts.”

As an iconic development, the BWTC has set a technological precedent that has created new standards in sustainable architecture. Throughout the year, the BWTC continues to shine its light in raising awareness for various global initiatives that affect society, the health and wellbeing of humanity. The iconic landmark transforms the night sky, lighting up in different colors to show support towards important causes such as Breast Cancer Awareness Month, World Cancer Awareness, Polycystic Ovarian Syndrome, Domestic Violence against Women, Early Breast Cancer Detection as well as Autism and Epilepsy Awareness.